Chelsea goalkeeper Thibaut Courtois has revealed that he feels powerless at not being able to help the Blues in their current predicament as they struggle to string together a run of good results.

The Blues are lying 14th in the league standings with just two wins from their first seven league games this season as they struggle to replicate their form of last season that saw them win a double of the Premier League title and the League Cup.


In the Champions League, too, they suffered a 2-1 loss at the hands of Portuguese giants FC Porto on Tuesday.

And Courtois, who has been ruled out for three months after suffering an injury, has revealed that he feels helpless at seeing the Blues’ current predicament and being unable to do anything about it. 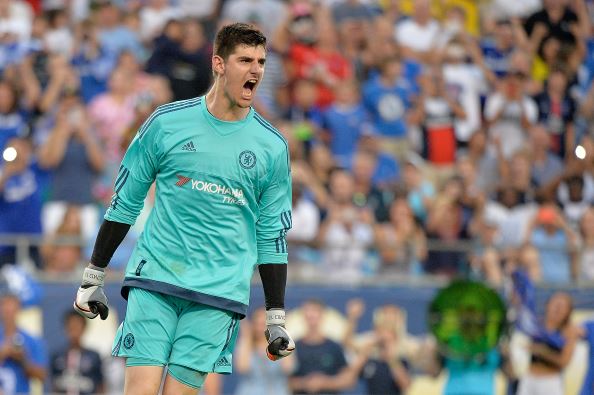 “It is not easy, no, to see all that, and not be part of the team at the moment, and being unable to help”, he was quoted as saying by Belgian broadcaster RTBF.

“Tuesday, in the Champions League, they lost, playing a good game. [But] we will progress.”

The west London outfit are next up against Southampton at Stamford Bridge, and Courtois feels that it is important for the Blues to get back to winning ways.

“And Saturday, we have to win at home.

"There is pressure, and I hope we will win. After that, there is the international break, and then I hope Chelsea win a series of matches.

“We have tough matches, but we must do better than now."