Atmosphere In Rangers Dressing Room Dubbed One of Best Ever


Rangers midfielder Andy Halliday has revealed that the atmosphere in the Gers dressing room is the best that he has seen at any club, and it is playing a part in the team’s superlative displays this term.

The Scottish giants have enjoyed a great start to their league campaign as they sit atop the league standings with a perfect record of ten wins from as many games so far.


They have already left second placed Raith Rovers nine points behind in the league table and look on course to win the Championship and earn promotion to the Premiership come the season’s end.

Halliday, who has plied his trade at Middlesbrough, Walsall, Blackpool and Bradford City amongst others before he landed at Ibrox this summer, has said that the atmosphere in the Gers’ dressing room is exceptional. 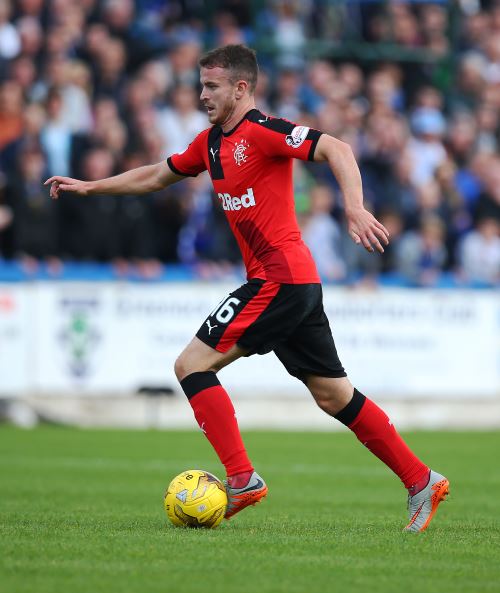 “It’s one of the best changing rooms I’ve ever been in, and that can only strengthen our case to try and win as many cups and as many leagues as we can”, he was quoted as saying by his club’s site.

The midfielder further added that such good vibes in the side are a consequence of the work done by the coaching staff at the club.

“The togetherness has obviously come from the staff as well, and they’ve implemented the style of play and character in the boys to have the belief that we can win every single game.”

Rangers will be up against Livingston in a quarter-final tie in the Challenge Cup tonight and winning the game will move them a step closer to winning the trophy.