Rangers boss Mark Warburton has denied suggestion that the club are thinking about winning all their league games this season.

The Gers have dominated the Scottish Championship this season and with eleven wins out of eleven, they are firmly on course to achieving promotion to the top tier next term.


With eleven wins under their belt and averaging more than three goals per game, not many are looking beyond Warburton’s team to win the Scottish second tier this season, but the Rangers boss is not looking too far ahead.

They are preparing to face second placed Hibernian on Sunday and while the prospect of opening an eleven-point gap is exciting, Warburton insisted that they are treating it as any other fixture. 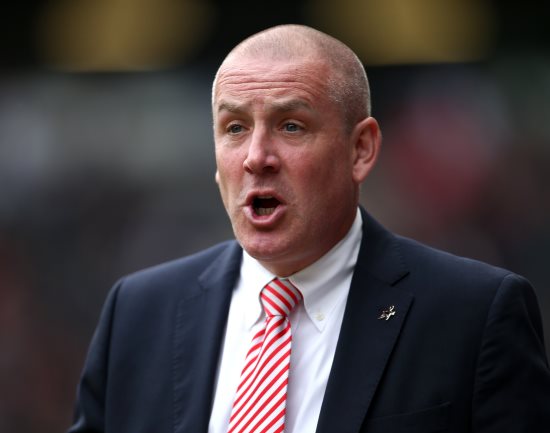 Warburton said in a press conference: "It's just another three points and another game.

“I'd be lying if I said though that eleven points clear wasn't a commanding advantage."

Many are backing Rangers to win all their league games this season to mark their absolute domination of the Scottish Championship, but Warburton insisted that they are not even allowing such a thought to cross their mind.

He indicated that it is important that Rangers take each game as it comes, rather than think too far ahead.

"I would never even contemplate that. Our focus will only ever be on the next game."