Nathan Oduwa, the Tottenham Hotspur winger on loan at Rangers, has revealed he loves winding team-mate James Tavernier up by beating him with tricks and flicks in training.

The 19-year-old winger has earned the nickname "magic feet" and is delighting Rangers fans with his talents, while Spurs will also be keeping a close watch on his progress ahead of a return to White Hart Lane for the youngster.


Oduwa's tricks have become well known in Scotland, so much so that he even angered Alloa's players earlier this season for flicking the ball over one of their side's head.

The starlet is not confining his tricks to merely getting to opposing players though and revealed he loves to wind Tavernier up on the training pitch. 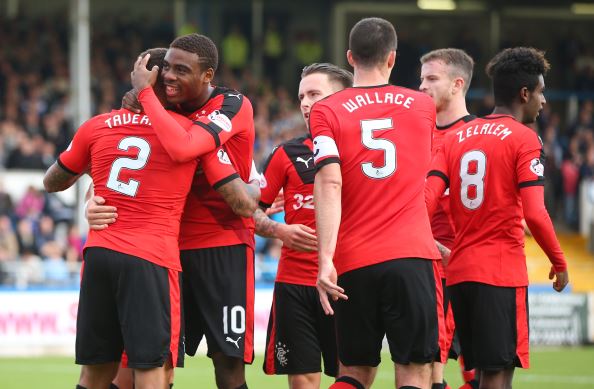 "James Tavernier [is who I love beating with skill in training] because it is really funny how he gets agitated and a bit angry when I beat him with a clever piece of skill and then he starts grilling his own team when it was his fault", he told a Twitter Q&A session.

Rangers have enjoyed a superb start to the Scottish Championship campaign this season and Spurs starlet Oduwa has been key.

The Gers currently sit top of the table, five points clear of Hibernian, having won 12 of their opening 13 games.

While Oduwa has been key though, manager Mark Warburton has insisted winning a spot back at Spurs will be the winger's biggest test.

"For Nathan, his challenge will be to break into the Spurs first team", he said.