Kenny Miller is not ruling out remaining at Rangers when his new deal expires in the summer of 2017, having thought the Gers would be closing in on the Scottish Premiership title this season when he joined.

The veteran striker recently put pen to paper on a one-year extension to his current contract, securing his future at Ibrox into next season.


While Miller is not thinking beyond the end of his new contract, he is not willing to rule out playing for the Gers beyond 2017.

The 35-year-old told his club's site: "I would never say never. 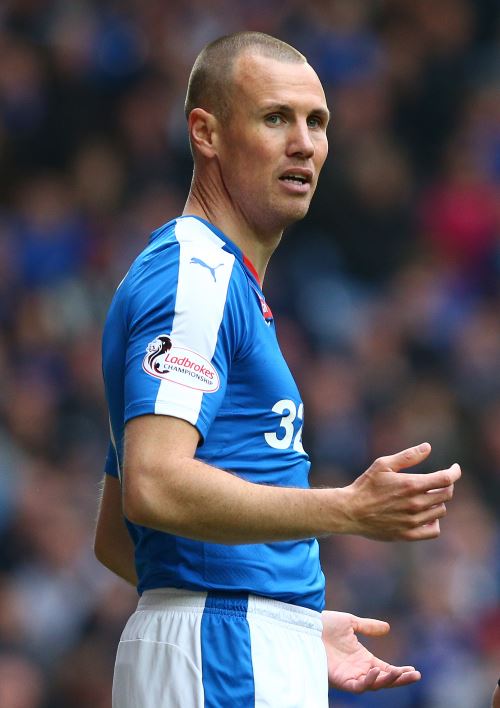 "That’s the way I look at it, and when you get to this age, you don’t sign two, three or four year deals", Miller continued.

"You play by year, and try to earn the right to knock the manager’s door, or in the case of this, have the manager come and speak to you and ask if you would like to stay on."

The striker is now focused on helping Rangers win promotion from the Scottish Championship up to the Scottish Premiership this season.

He admits that even if they do so they will be a year behind schedule, but Miller is confident that the Gers will be playing top flight football next term.

Indeed, the striker revealed he thought Rangers would be on track to win the Premiership at this time when he joined.

"For me, I never even had to think about it for one second. When I joined last summer, the goal was to win promotion back to the Premiership and to win the Premiership.

"Unfortunately, it never quite went that way last year, although we are right on track this year, and I have absolutely no doubts that come the end of the season we will be back where we belong", he added.