Inter Milan sporting director Piero Ausilio has revealed that the Nerazzurri could listen to offers for Liverpool linked forward Mauro Icardi for a figure of around €35m.

The Argentine forward shone for Inter in a disappointing season last year and the club worked hard to fend off interest in him from clubs across Europe to get him tied down on a new contract this summer.


However, speculation surrounding his future at the San Siro still persists and he has been linked with leaving Inter barely months after signing the new deal with Roberto Mancini’s outfit.

Liverpool boss Jurgen Klopp is reportedly interested in taking Icardi to Anfield and sees him as an ideal attacking addition for a squad which he feels need significant repairs. 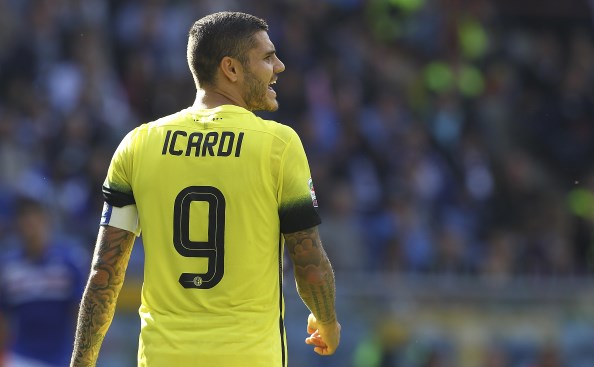 And Inter sporting director Ausilio has revealed that he will listen to offers for Icardi if anyone manages to touch the asking price of €35m.

When asked about the striker's future, the Inter sporting director told Gazzetta TV: “If I get a phone call with an offer of €35m, I will attack the phone.”

Icardi has found the back of the net three times in ten appearances for Inter this season and has a contract until 2019 with the club.

It remains to be seen whether Liverpool pick up the bait from Inter and look to match the forward's asking price.