Rangers manager Mark Warburton says he had five calls on Wednesday about his interest in Walsall star Tom Bradshaw.

The Gers head of recruitment Frank McParland was spotted taking in Bradshaw's performance recently and Rangers were instantly linked with making a move for the 23-year-old striker.


Warburton admits that Bradshaw is a player he knows well, but claims there is no truth to suggestions he is looking to take the Welshman to Ibrox.

And the Englishman feels it is simply a case of two and two having been added together to get five, given McParland's presence in the crowd. 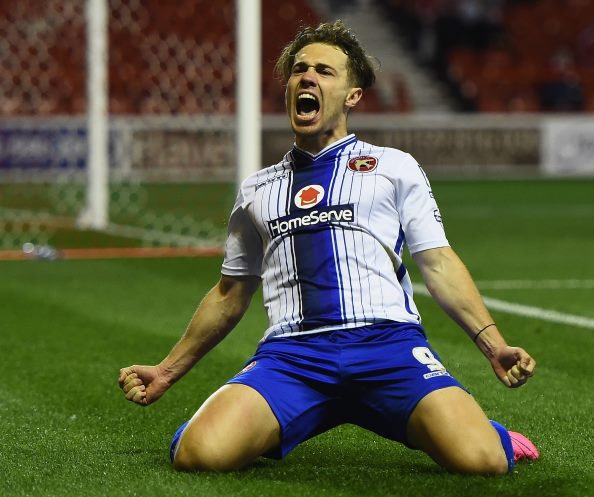 "I had five calls yesterday about Tom Bradshaw", Warburton told a press conference yesterday, when asked about the striker.

"I think Frank McParland, our head of recruitment, went to watch them [Walsall] play and from that two and two makes five.

"But no, there's no truth in that.

"We know the player, he's a very talented player. There's a number of players playing there in the league and he's one of them.

"We know him very well, but Frank was just watching the game", Warburton, who was in charge of English Championship side Brentford last season, added.

This season Bradshaw has turned out in 20 games for Walsall, scoring nine goals in the process and providing his team-mates with three assists.

Walsall have him locked down on a contract until the summer of 2017 and it remains to be seen whether Rangers do make a move for the 23-year-old.