Rangers Under-20s boss Ian Durrant has saluted the younger members of his side after they turned on the style in a 5-2 destruction of Aberdeen in the Development League.

The Gers disappointed Durrant in recent weeks with two 4-0 defeats, to Ross County and Hamilton respectively, but bounced back in style today, pleasing their boss.


Durrant included a clutch of faces from Rangers' Under-17 ranks as he looked to freshen up the side and add increased hunger and desire.

And the Gers boss was delighted with what he saw, telling Rangers TV: "When we play, we are a good team and they are all good players. I want to highlight the 17s boys – Kyle Bradley, Liam Burt and Jamie Barjonas – they were excellent with a great work ethic, and they’ve come in against a really strong Aberdeen side and they have shown what they can do." 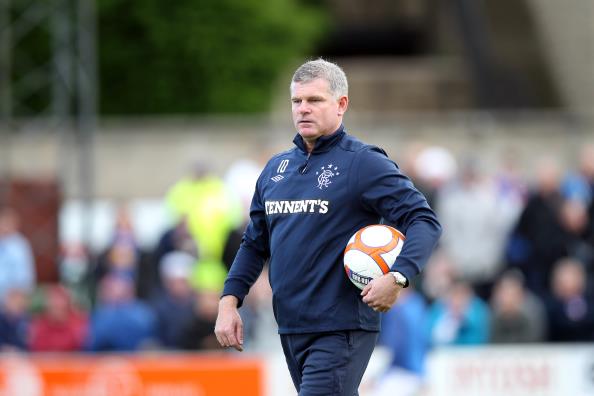 Rangers were in good form throughout and coped well with a difficult pitch at Brechin City's Glebe Park. Ross Lyon hit a brace, as did Fraser Aird, while Liam Burt hit a superb goal to put the icing on the cake for the Glasgow giants.

Durrant continued: "We are delighted with the result as this is a tough place to come against a good, experienced team, but those boys didn’t look out of place at all.

"Two bad results is a crisis here, and the players are beginning to get to know the demands that are on them here", he added.

Rangers' opponents, Aberdeen, won the Development League last term, something which made victory all the sweeter for Durrant's men.

The Under-20s boss will be desperate to see his side maintain their form in the coming weeks as they look to put the heavy defeats to Ross County and Hamilton behind them.