Rangers have announced their starting line-up and substitutes for this afternoon's Scottish Challenge Cup semi-final match against St Mirren.

Gers manager Mark Warburton has gone with veteran striker Kenny Miller, while fellow hitman Martyn Waghorn is also included from the off. Gedion Zelalem will be looking to thread the balls through to the strikers, while Jason Holt aims to continue his good form.


At the back, James Tavernier lines up, as do Danny Wilson, Rob Kiernan and skipper Lee Wallace. On the bench Warburton can turn to tricky winger Nathan Oduwa if required, while Dominic Ball is a defensive option if needed by the English boss.

Rangers are desperate to book their spot in the final of the Scottish Challenge Cup as they seek to lift silverware under Warburton this season. 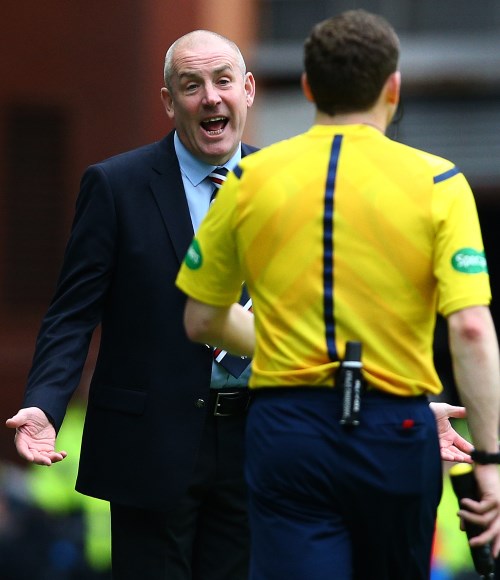