Rangers striker Kenny Miller is focused on beating Dumbarton on Tuesday night to open up a three-point gap at the top of the Scottish Championship.

The 35-year-old got on the scoresheet as his side progressed to the final of the Scottish Challenge Cup, following a thumping 4-0 win over St. Mirren in the semi-final on Saturday.


Miller had been sidelined for the better part of the last two months having sustained an injury in October, but the striker returned to the starting line-up against St. Mirren after recovering from his injury.

The Gers currently sit at the top of the Scottish Championship with 37 points, level on points with Hibernian, but having played a game fewer. 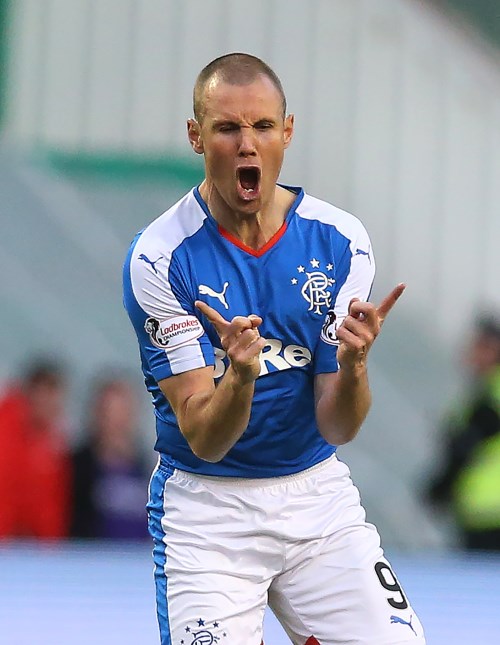 Speaking in an interview following the win over St. Mirren, Miller told Rangers TV: “We will move onto Dumbarton now, this game has gone and there are a lot of positives we can take from it, we will look at it and we’ll look to get better, which we always do.

“It’s an opportunity to get a little bit of daylight between us so we’ll be firmly focussed and ready to go into that now.”

Mark Warburton’s men have only dropped points on two occasions this season as they look to secure promotion to the Scottish Premiership.

The Gers host Dumbarton at Ibrox on Tuesday night and a win will see them move three points clear of Hibernian.