Ronny Deila has admitted that Celtic star Patrick Roberts was marked tightly during last night's 0-0 draw with Dundee and believes that his men could have exploited the space created by the youngster.

The winger, who joined Celtic from Manchester City on a one-and-a-half-year loan deal during the winter transfer window, scored a brace in the Hoops’ 3-1 win over Hearts at the weekend.


But Roberts was tightly marked by Dundee at Celtic Park, with the Dees ensuring that one player always paid close attention to the 19-year-old.

And Deila, who expressed his disappointment with the result, however, felt the outcome would have been different if his side had managed to utilise the space Roberts was creating properly. 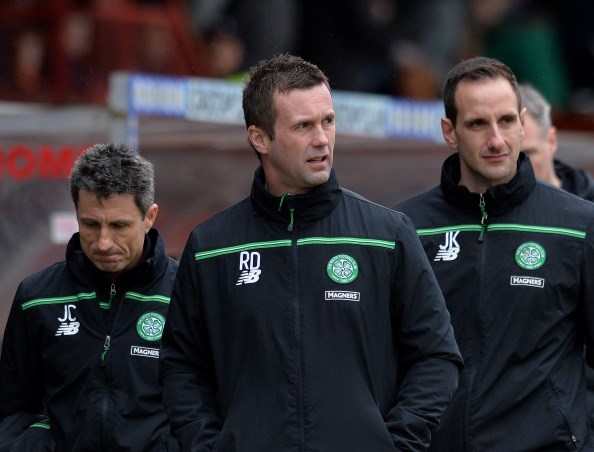 "It's a little bit disappointing", he was quoted as saying by STV.

"We should have created more clear-cut chances. The last pass and the effectiveness when we first had the ball was not good enough.

"Defensively we played quite well. They had a couple of chances but we had a good goalkeeper in Craig [Gordon].

"We maybe could have got the ball to Patrick more but, having said that, there was one player standing up his a**e all the time.

“We should have exploited the space he was creating for us, though."

Celtic, who are gunning for their fifth consecutive Scottish Premiership triumph, are currently five points clear at the top of the table with six league games remaining in the season.

The Bhoys will next face Motherwell in an away Scottish Premiership fixture on Saturday.