The Scottish champions announced yesterday that present boss Ronny Deila will step down from his post after the end of the current campaign.


The Norwegian, who guided the Bhoys to the Scottish Premiership and the Scottish League Cup last term, has struggled to make his mark at Celtic Park this season.

Despite Celtic being on the verge of winning the league title for the fifth straight time, the Scottish giants have fared poorly in cup competitions on both European and domestic fronts this season. 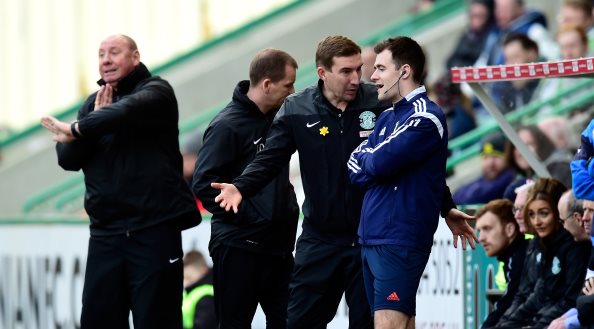 On the other hand, under Stubbs’ stewardship, Hibernian, who have managed to reach the Scottish Cup final, are also chasing promotion to the Scottish Premiership.

And Hartson thinks Stubbs will be a prime candidate to take over the managerial reins at Celtic next season if Hibernian manage to beat Rangers and lift the Scottish Cup, in addition to returning to the top flight.

“I said Alan months ago and people laughed at me”, Hartson was quoted as saying by the Herald Scotland.

“However, if Alan wins the Scottish Cup final and gets Hibs promoted through the play-offs, he has got to be a candidate, hasn’t he?

"Celtic need a strong manager. They need to go in and tell Peter Lawwell what is needed otherwise you can’t be expected to take the club forward.

"You have got to have a strong relationship and strong opinions with your owners.

“You can’t just be happy to take the job. You have to take it and say that I am going to need this amount for this player and that player. I am not sure Ronny has done that.”

Celtic are currently eight points clear at the top of the Scottish Premiership table with five games remaining in the season.