Ronny Deila has denied that defeat to Rangers in the Scottish Cup semi-final helped to push him out of the door at Celtic.

The Norwegian has confirmed that he is leaving his post as Celtic manager at the end of the season, following two campaigns in charge of the Bhoys.


While Deila has Celtic on course to win the Scottish Premiership title this season, defeat on penalties to fierce rivals Rangers on Sunday was a bitter pill for the Bhoys to swallow.

Fans increasingly turned against the former Stromsgodset boss, but Deila insists that the decision was his alone as he had not seen the level of improvement at the club he wished. 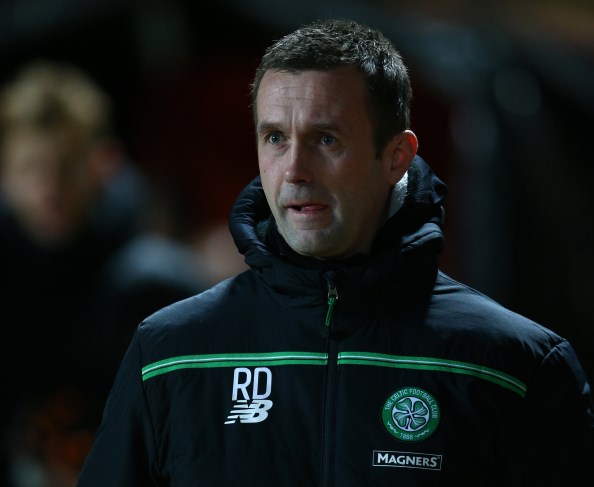 He told a press conference today: "The problem is when you don't get the improvements and the things you said when you came in through the door you wanted to create and you haven't created.

"Then it's a thing you have to deal with and I think one of the reasons we haven't had that improvement is because of the pressure and the speculation around me all the time.

"That's why I said before the last five games now that I think it's best for the club and also for me because of this situation that new energy comes into the club at the end of the season. Now we can focus on winning the five games and getting five in a row."

Deila was asked what was the final thing that made up his mind, with a nod towards Sunday's Old Firm defeat to Rangers.

But the Norwegian is clear that losing to the Gers at Hampden did not push him out, with his decision a long time coming, as he could not squeeze the improvement he wanted out of the players.

"Improvement [made me make up my mind].

"Of course it was a hard thing on Sunday, but if we had won that game as well I don't think the performance was the level I wanted and I've seen it for a while", Deila continued.

"So it's very hard to say this is the final decision. It's a process and when you don't see the things you want to see then it's easier to take the decision."

Deila is now looking to sign off on his spell at Celtic by leading the Bhoys to their fifth consecutive Scottish top flight title. However, the Norwegian will not be around to have another crack at leading Celtic into the group stage of the Champions League.