Celtic hitman Leigh Griffiths believes that Aberdeen and not Rangers will be his side's biggest challengers in the Scottish Premiership in the 2016/17 campaign.

Rangers have been promoted to the Premiership following a strong campaign in the Scottish Championship and also beat Celtic in the semi-finals of the Scottish Cup last month.


Mark Warburton's men have been tipped to fight Celtic at the top of the table, but Griffiths thinks the Bhoys' biggest challenge next term will come from a familiar source in the shape of Aberdeen.

Asked who he thinks will challenge Celtic next term, Griffiths was quoted as saying by STV: "Aberdeen again I would say." 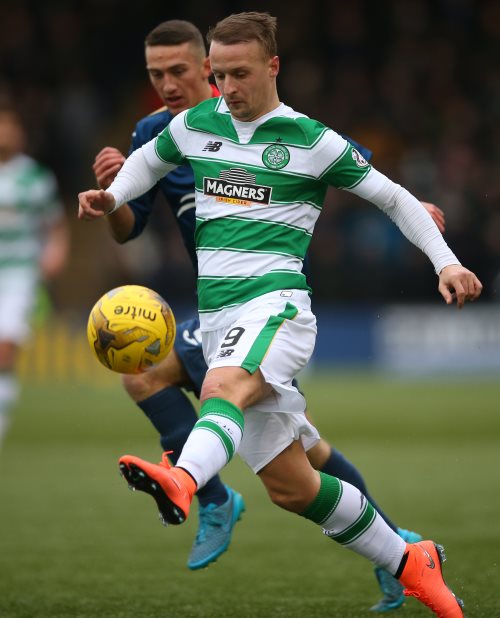 And Griffiths feels the Dons will put work into strengthening their squad over the summer to push Celtic all the way once again.

"I'm sure Derek [McInnes] and their management team will go away and strengthen and push us again but hopefully with the new manager coming in [at Celtic] we will strengthen as well.

Rangers are sure to be desperate to stop Celtic hitting a magical six top flight titles in a row.

Celtic will be under new management next term, with current boss Ronny Deila having announced he will leave Parkhead at the end of the campaign.