Chelsea recently lodged an enquiry for West Ham talisman Dimitri Payet, but the Hammers have slapped a huge asking price to dissuade his potential suitors.

The French playmaker carried his club form to the European Championship and scored a stunning last minute winner last night for France against Romania in the opening game of the tournament.


Payet was in stunning form for West Ham last season and his creativity from midfield played a significant role in the club finishing seventh in the league and qualifying for the Europa League.

It has been claimed that Chelsea came sniffing around for the 29-year-old in recent weeks and enquired about his availability, but West Ham’s asking price is huge. 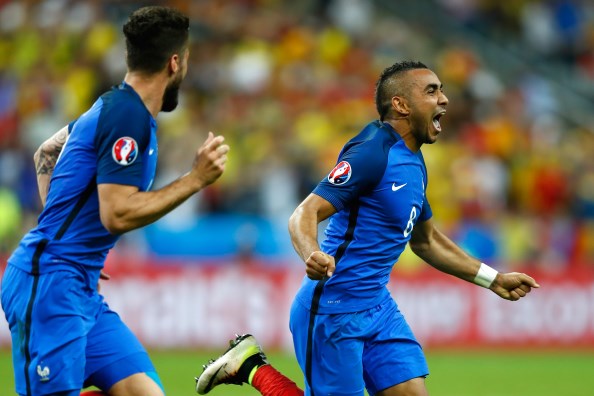 According to Sky Italia, the Hammers have slapped a £60m asking price on the player and are confident that the figure will easily discourage his suitors from making a move for him.

Payet is unlikely to leave the Hammers this summer and West Ham’s potential demands for the player are expected to be the reason behind other clubs not trying to sign him.

The Frenchman joined the Hammers from Marseille last summer for a fee of around £12m and scored 12 goals and provided 15 assists in his first season in east London.

He recently signed a new contract with the club which extended his stay until 2021 with the Hammers.