Bayern Munich could offer Mario Gotze a financial sweetener in order to quit the club this summer, so keen are they to offload the attacking midfielder, who has been linked with Liverpool.

Gotze has stressed his desire to remain at Bayern Munich and impress incoming coach Carlo Ancelotti, but with just a year remaining on his contract, the signs are the club are ready to try to push him out.


According to German daily Bild, Bayern Munich could even end up offering Gotze a percentage share of any transfer fee they receive for him in order to smooth his path towards the exit door.

The Germany international appears firmly out of favour at the Allianz Arena, even before Ancelotti has walked through the door. 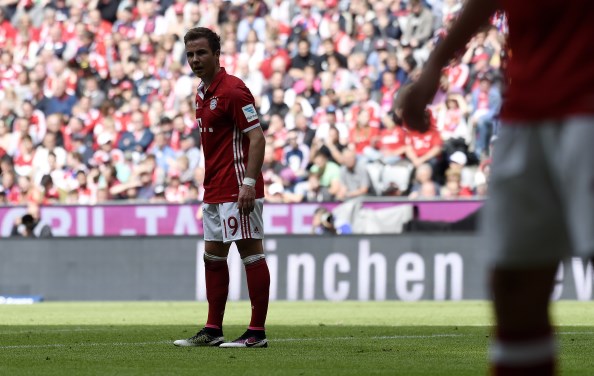 Bayern Munich are expected to have a meeting with Gotze's representatives after the European Championship to thrash out the midfielder's future.

A reunion with former Borussia Dortmund boss Jurgen Klopp at Liverpool has been mooted, while Dortmund themselves have been suggested as a potential destination for Gotze.

The midfielder linked up with Bayern Munich in the summer of 2013, but has struggled to establish himself at the Allianz Arena.