West Ham United's chances of signing Carlos Bacca from AC Milan may well lie in the hands of their London rivals Chelsea.

The Hammers have had a bid for Bacca accepted by the Rossoneri, who now want him to quickly make a decision over whether he wants to move to the Olympic Stadium.

But according to Sky Italia, Bacca is only prepared to give West Ham an answer by Friday at the earliest because he wants to see whether a move to Atletico Madrid is still an option.

Atletico Madrid have asked Chelsea about Diego Costa's availability and expect to hear back from the Blues on Thursday. 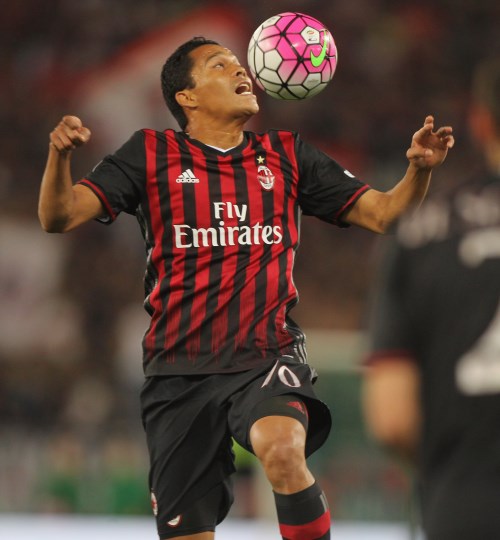 Bacca is holding out for a move to Spain, which he prefers, and if Chelsea shut the door in Atletico Madrid's face for Costa, Los Rojiblancos could move for the Colombian.

However, if Chelsea signal they are prepared to deal over Costa, Bacca's route to Spain will be closed off and he will be free to accept West Ham's proposal.

He scored 20 goals in all competitions for the Rossoneri last season and West Ham are desperate to add him to their ranks ahead of their move to the Olympic Stadium.

AC Milan are also waiting to sell Bacca to put the money received to use in the transfer market on their own targets.