Former Celtic star Tom Boyd thinks Kolo Toure did not feature in the 1-0 win over Dundee at the weekend because manager Brendan Rodgers does not want to overplay the veteran defender.

The 35-year-old, who joined the Hoops from Liverpool on a free transfer in the summer, has thus far made 10 appearances in all competitions for the Scottish champions.


Toure put in an impressive performance in the 3-3 draw with Manchester City in the Champions League last Wednesday.

However, Rodgers opted not to play the Ivorian in the league fixture against Dundee at Dens Park on Saturday. 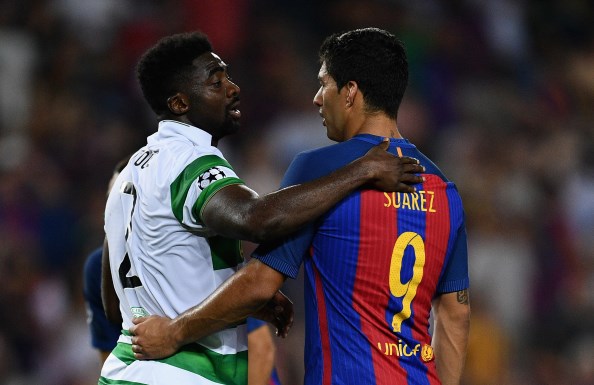 And Boyd feels Rodgers wants to manage Toure smartly as the centre-back does not have the legs to play all the matches in a season.

“Kolo Toure was left out of the game, but he was outstanding on Wednesday night”, Boyd explained on Celtic TV.

“I think he is just managing Kolo to give him games every so often rather than really overstretching him because obviously, he is no more a young spring chicken.

“So I think he just needs to manage him right.”

Toure, who counts Arsenal and Manchester City amongst his former employers, is contracted with Celtic until 2017.