Netherlands coach Danny Blind has played down the severity of a hamstring injury suffered by Liverpool midfielder Georginio Wijnaldum.

The Netherlands star was forced off just after the hour mark during his country's 1-0 defeat to France in a World Cup qualifying game.


Fears were instantly raised over whether Wijnaldum will be fit enough to turn out for Liverpool against Manchester United on Monday night, when Jurgen Klopp's men welcome the Red Devils to an expanded Anfield.

But Dutch side boss Blind says that Wijnaldum's hamstring problem is only "slight", something which will give Liverpool fans hope the midfielder should be fit. 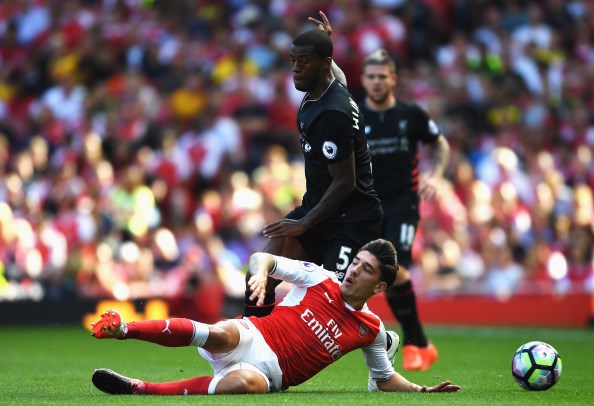 "Gini had some slight hamstring problems", Blind was quoted as saying by beIN Sports.

"He told me during half time that he needed to be subbed in the second half."

Wijnaldum has quickly become a key figure for Liverpool since his summer switch to the club from Newcastle United.

The Dutchman has been selected in all Liverpool's seven Premier League matches so far, underlining his importance.

Another Liverpool star who is a doubt for the Reds' clash against Manchester United is Adam Lallana. The midfielder missed England duty over the international break with a groin problem.