Sampdoria president Massimo Ferrero has admitted that there is an offer on the table for striker Luis Muriel from Premier League giants Chelsea, but indicated it is short of the sum he would require.

Blues boss Antonio Conte is well aware of the Colombia international's quality from his time in Italian football, with Muriel having been playing his football in the country since joining Udinese in 2005.


And it appears Conte wants to add the 25-year-old to his squad in the winter transfer window, with Ferrero saying he has been told there is an offer on the table.

"Yes, there is an offer, so they tell me", he was quoted as saying by Fantagazzetta. 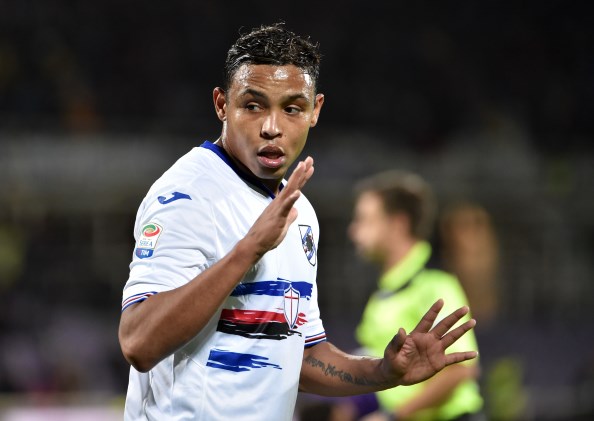 "But Muriel is not for sale – €35m and we can talk", the Sampdoria supremo added.

Sampdoria snapped Muriel up from fellow Italian side Udinese in the 2015 winter transfer window and is under contract at the club until the summer of 2019.

So far this season Muriel has made 13 appearances in all competitions for Sampdoria, scoring six goals and providing his team-mates with three assists.

It remains to be seen if Chelsea would be willing to offer €35m for the Colombian.