Draw At Celtic Boosts Us For Semi-Final, Rangers Defender Insists


Rangers defender Danny Wilson believes his side’s performance in the 1-1 draw in the Old Firm derby last weekend will give the Gers an extra boost when they take on Celtic in a Scottish Cup semi-final next month.

The Ibrox outfit snatched a late equaliser at Parkhead to dent the Hoops’ hopes of winning all the matches against their arch-rivals this season.


Celtic had managed to beat Rangers in the three previous meetings in all competitions between the two giants of Scottish football this season.

The last time Rangers tasted a victory in the Old Firm game was when they edged out the Bhoys on penalties in the semi-finals of the Scottish Cup last season. 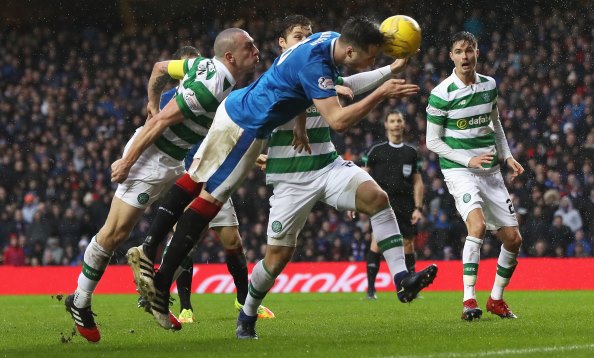 And Wilson, who admitted that his side have been boosted by their display against Celtic on Sunday, feels Rangers have a good chance in the Scottish Cup semi-final, again against Celtic, if they manage to maintain their level of performance.

“The semi-final is a cup game and it can go either way”, he told Rangers TV.

“Obviously we have got the good memories from last year of going through to the final.

“Regardless of that result, we would have been confident of going there and getting a result at Hampden.

“I think it does give us that extra little boost that we need.

“But there’s a lot of time between now and then.

“If we manage to keep up our performance that we had on Sunday till we get to the semi-final, then who knows what can happen.”

Rangers will next take on Hamilton Academical in a home league fixture on Saturday.