The Spaniard is the second highest goalscorer for Manchester United this season behind Zlatan Ibrahimovic but a groin injury means Mata will not feature for Jose Mourinho’s men again this term.


One of the key creative outlets for Manchester United this season, the former Chelsea man has been an important player for Mourinho this term, but speculation surrounding his future at the club is refusing to die down.

And according to Italian outlet Calcio Mercato, Inter are probing the possibility of signing the Spanish playmaker during the summer transfer window from Manchester United. 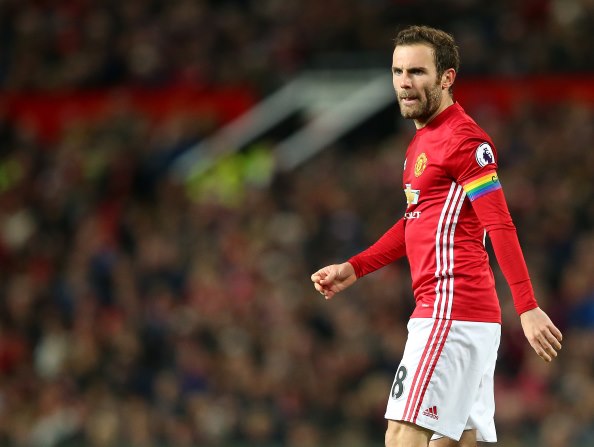 With Manchester United expected to spend big again at the end of the season, Mata’s future at the club could be in doubt as Mourinho looks to take his team to the next level.

And the Nerazzurri are convinced that there could be an opportunity for them to sign the 28-year-old if he decides to part ways with Manchester United in the summer transfer window.

Mata himself has given little indication that he wants to leave the club and is expected to fight when the players return to Manchester United in the summer for pre-season training.

He has a contract until the end of next season with the Old Trafford outfit.