Liverpool and Marseille Could Take Advantage of Spanish Goalkeeper’s Discontent

The 29-year-old goalkeeper joined Real Betis on a free transfer from Cagliari in 2014 and has been key figure for the club since his return to Spain three years back.


However, tensions have been growing between the club and the player as Real Betis have failed to deliver on their promise of a new contract, with no talks taking place in the last few months.

And this has made his future at the club uncertain as according to Spanish sports daily AS, Liverpool and Marseille are interested in snapping up the experienced goalkeeper in the summer. 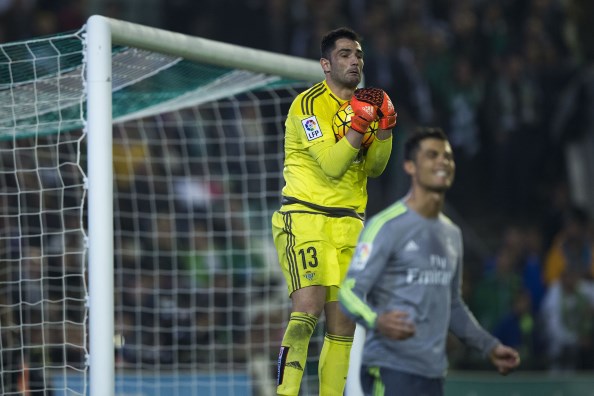 Adan has a release clause of €8m in his contract with Real Betis and the figure is unlikely to deter Liverpool or Marseille if they want to make a move for the player in the next few months.

Jurgen Klopp recently insisted that he has enough goalkeeping options at the club but it seems the Liverpool manager could still dip into his funds for a new shot-stopper in the summer.

Adan has made 33 league appearances for the club this season and has even skippered Real Betis in a number of encounters.