The Argentine number one has struggled to displace David de Gea as the club’s number one since his arrival in 2015, but has been given more opportunities under Jose Mourinho this season.


While he has made just one appearance in the league, Romero has played in the EFL Cup and the FA Cup and has been Mourinho’s preferred choice in the Europa League.

However, the goalkeeper could have a decision to make in the summer about his future at Manchester United, as according to Italian outlet Tutto Mercato, Inter Milan are interested in taking him to Italy. 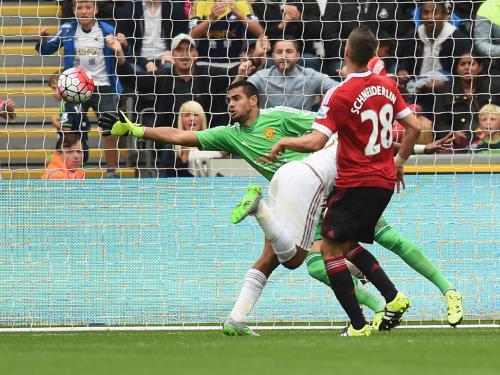 The Nerazzurri are looking to sign a new number two for Samir Handanovic and have identified the Manchester United goalkeeper as their preferred target for the summer window.

Inter are prepared to offer him a two-year contract and are hoping to convince the Argentina international to join a club which has a rich history of great Argentine footballers representing them.

However, Mourinho is an admirer of Romero and with De Gea’s future at Manchester United uncertain, he may be unlikely to allow two of his goalkeepers to leave the club in the summer.

Romero has a contract until the end of next season with the Red Devils.