Tottenham Hotspur midfielder Moussa Sissoko and Mauricio Pochettino are barely on speaking terms as the Frenchman moves ever closer to the exit door at Spurs.

The north London club paid big money last summer to beat off competition from Everton in the last hours of the transfer window to sign Sissoko from Newcastle United.


However, the Frenchman’s dream move to Tottenham has been nothing short of disappointing as the midfielder has failed to convince Pochettino about his qualities and has been rarely used by the Spurs boss.

Despite the midfielder’s public assertions, there are suggestions that Sissoko is looking for a way out of Tottenham in the summer in search of regular football next season. 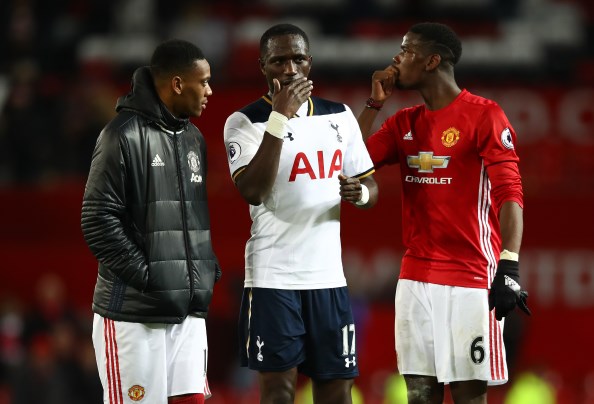 And according to French sports daily L’Equipe, the midfielder and the Tottenham manager’s relationship is at an all time low and the duo are barely on talking terms.

It has been claimed Pochettino was not demanding the signature of Sissoko last summer and is unlikely to give him more opportunities next season too.

With the Premier League season ending on Sunday, Sissoko could be seen in Tottenham colours for the last time as he is gradually moving towards the exit door at Spurs.

He still has a contract until 2021 with Tottenham.