Emre Can Closing In On Bumper New Liverpool Contract


Liverpool midfielder Emre Can is set to snub interest from Juventus and Paris Saint-Germain to sign a new contract with the Reds.

The Germany midfielder’s current deal expires at the end of next season and there have been rumblings that he could be leaving Liverpool during the summer transfer window.


Juventus were interested in taking advantage of the situation and tempting the midfielder to Turin for a relatively low transfer fee and even PSG were keeping tabs on him.

However, Can is set to continue at Liverpool as according to Italian outlet Tutto Mercato, the club and his representatives are close to agreeing a new contract for the player. 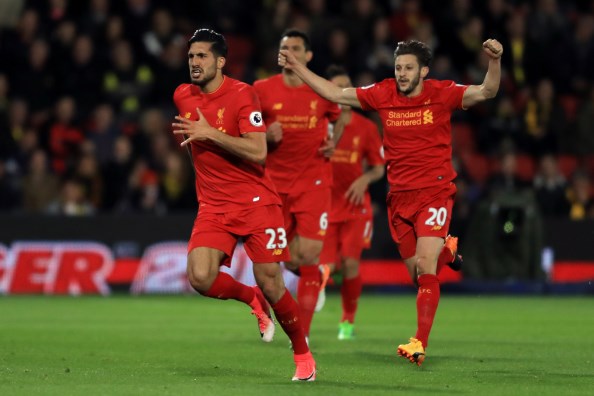 The German is expected to put pen to paper on a new four-year deal soon and is set to earn around £100,000 per week once he signs the new contract with the Merseyside giants.

Jurgen Klopp was desperate to hold on to the German midfielder and it seems he has managed to convince the player to commit his future to Liverpool and snub interest from abroad.

The midfielder joined Liverpool from Bayer Leverkusen in 2014 and has clocked in 129 appearances for the club over the last three seasons.