Chelsea are prepared to push hard to land Real Madrid winger James Rodriguez, who has also been linked with a move to Manchester United.

Real Madrid are in a tough fight with Barcelona for the signature of Spain’s Under-21 star Dani Ceballos and are laying down the ground work to land the young midfielder this summer.


Ceballos’ arrival is expected to accelerate the departure of Rodriguez, who was a bit part player last season, and the club are prepared to listen to offers for the Colombian winger.

According to Spanish sports daily AS, Chelsea are prepared to make a real effort to take Rodriguez to England and are ready to push hard to secure his signature this summer. 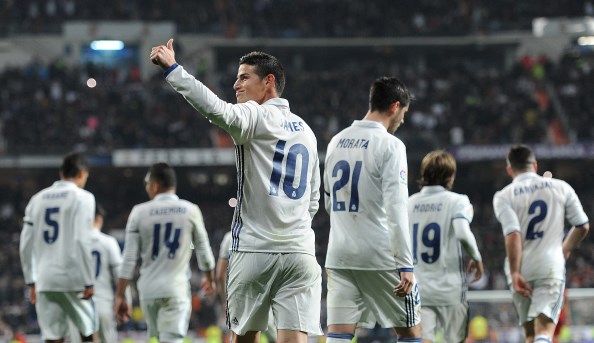 The likely departure of Diego Costa is expected to free up more funds for Antonio Conte and the Italian is ready to redirect some of the proceeds towards the capture of the Colombian.

However, Chelsea are not the only club who are interested in Rodriguez as Manchester United have also been keeping tabs on his situation over the last few months.

Paris Saint-Germain are also interested but they will only move if Angel di Maria agrees to a move to Inter Milan.