Liverpool have named their price for Brazil midfielder Philippe Coutinho during talks with Barcelona, it has been claimed.

Coutinho’s future at Liverpool continues to be a huge topic of conjecture despite Jurgen Klopp’s repeated claims that the Brazilian won’t be allowed to leave.


Barcelona have a deal in place with the player and the 25-year-old has reportedly privately told Liverpool that he wants to move to Spain, without trying to rock the boat at Anfield.

Talks between the two clubs have taken place over the last few days and according to French magazine Le 10 Sport, Liverpool have slipped in their demands to Barcelona. 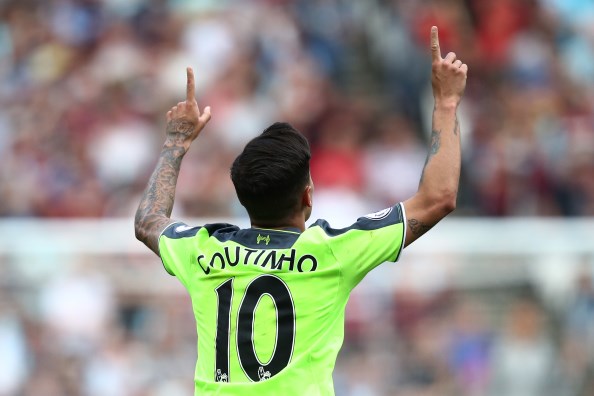 It has been claimed Liverpool have told the Catalan giants to fork out a fee of around €120m if they want to take the creative midfielder to the Nou Camp this summer.

Barcelona have been willing to go up to €100m for Coutinho, but Liverpool have set the price on which further negotiations are expected to take place over the next few days.

A high powered delegation of Barcelona officials arrived in England on Tuesday night and they are expected to lead the talks with Liverpool over a deal with Coutinho this month.

Publicly Liverpool have maintained the Brazilian is not for sale, but they have identified the price at which they will let him go to Barcelona.