Inter have not yet hit Sassuolo's asking price of €15m for Alfred Duncan, but do have a contract all but in place with the midfielder, who is also on Tottenham Hotspur's radar.

Both Inter and Spurs have taken soundings on Duncan as they look to strengthen their respective squads in the time remaining in the transfer window.


According to Italian outlet FCInterNews, while Sassuolo have made clear they value Duncan at the €15m mark, Inter have not yet proposed paying over €12m.

The Nerazzurri have almost reached a complete agreement on a contract with Duncan's representatives on the basis of a five-year deal paying €1.5m plus bonuses per year initially 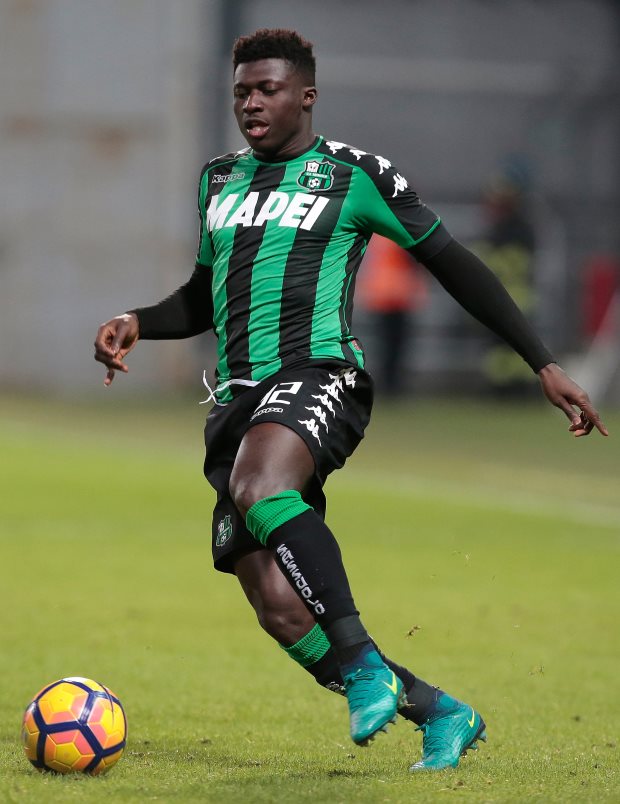 With Inter moving quickly to do the legwork on a potential deal, Tottenham may have to press the accelerator if they want to firm up their interest in Duncan.

Spurs are aiming to make additions before the transfer window closes and also have an offer on the table for Celta Vigo midfielder Pape Cheikh Diop.

They are battling Lyon for the Spanish midfielder.