Liverpool youngster Ben Woodburn has revealed that his targets for the season are to get first team appearances under his belt along with helping the Under-19s to progress in the UEFA Youth League.

The 17-year-old, who signed a new long-term deal with the Merseyside giants on Wednesday, became Liverpool's third youngest debutant when he came on as a late substitute in the Reds’ 2-0 win over Sunderland in a Premier League game on 26th November.


Woodburn then became Liverpool's youngest-ever goalscorer after finding the back of the net in an EFL Cup quarter-final win over Leeds United three days later.

The forward, who has struggled for first team chances in the present campaign, has however turned out for the Under-19s and the Under-23s. 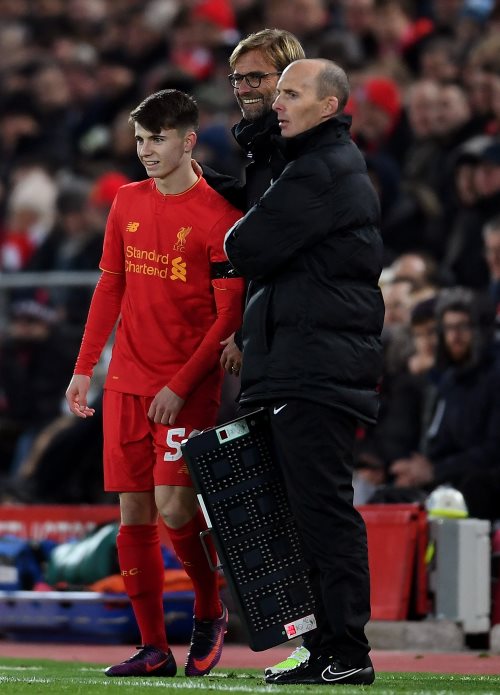 And Woodburn explained that in addition to making first team appearance, his targets for the season includes helping the Under-19s to do well in the continental competition.

“Just carry on and try to play as many games for the Under-19s and the first team”, he said on LFC TV, when asked about his targets for the season.

“Hopefully I will get some appearances for the first team and also progress in the Under-19 Champions League.

“[In the long run] I want to play for Liverpool regularly.”

Woodburn then went on to admit that he is not the finished product by any means and has plenty of scope for improvement.

“I think there’s loads of room for improvement”, he continued.

“You just have to keep working and try every day, and hopefully you will become your best.”

When asked what aspects of his game needs improving, he replied: “I would probably say defending and getting a few more goals.

“I just want to play like a first team player.”

Woodburn, who has made just one first team appearance for Liverpool this season, managed to make his mark on the international stage as he scored on his senior Wales debut in a 1-0 win over Austria in a World Cup qualifier last month.