Crystal Palace rejected Chelsea’s offer to sign Christian Benteke on loan in December, it has been claimed.

Chelsea are in the market for a striker this month and they have been linked with a move for a number of players across Europe as the club look to strengthen the squad.


There was talk of Chelsea being keen on Andy Carroll before he got injured and there are suggestions that the Blues have touched base with Stoke City to enquire about Peter Crouch.

And it seems the Blues have also probed other options as according to Belgian daily Het Laatste Nieuws, they even contacted Palace for Benteke’s signature in December. 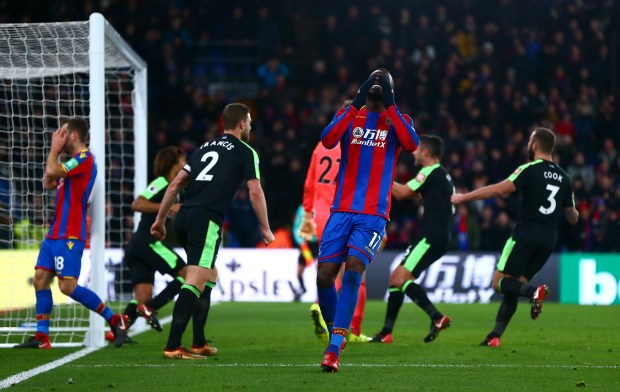 Chelsea offered to the sign the striker on loan until the end of the season, but Crystal Palace rejected the bid outright as they are in no mood to lose the player in January.

The 27-year-old has scored just once this season, but Roy Hodgson has persisted with him and the Palace boss has no plans to let him go at the moment.

Chelsea have made an attempt to sign Edin Dzeko from Roma but it seems they could struggle to convince the Italians to sell the Bosnian.