Liverpool, Arsenal and Tottenham Hotspur midfield target Max Meyer is close to agreeing a deal to join Bayern Munich in the summer, according to Italian daily Tuttosport.

The 22-year-old midfielder’s contract with Schalke runs out at the end of the season and despite talks over a new deal, they are yet to reach an agreement.


The Germany international has said that he will communicate his decision to Schalke by the end of the March, amidst interest from clubs such as Liverpool, Arsenal and Tottenham.

AC Milan are also interested in signing him on a free transfer, but it seems after Leon Goretzka, Schalke are set to lose one more midfield talent to German champions Bayern Munich. 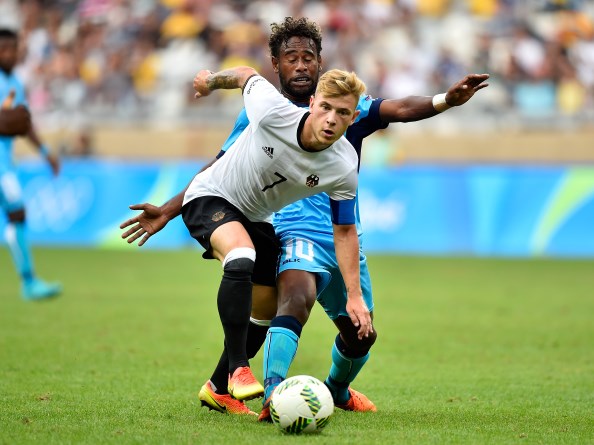 According to Tuttosport, despite interest from clubs across Europe, Meyer is close to reaching an agreement with Bayern Munich over a free transfer in the summer.

Goretzka, who also snubbed interest from England, has already agreed to join Bayern Munich at the end of the season and it seems he could well be accompanied by his Schalke team-mate.

Schalke have been confident of reaching an agreement over a new contract with Meyer, but it seems Bayern Munich are closing in on snaring away one more talent from the Gelsenkirchen club.