Chelsea and Manchester United linked Alessandro Florenzi is unsure about signing a new contract with Roma ahead of the summer window.

The midfielder by trade, Florenzi has excelled as a right-back this season and his consistent performances in the Roma defence have led to speculation over his future at the club.


He will enter the final 12 months of his contract with Roma at the end of the season and the club have been keen to offer him a fresh and improved terms.

However, talks between the two parties have not progressed as Roma have been reportedly stung by the financial demands of the player, who wants to double his current wages. 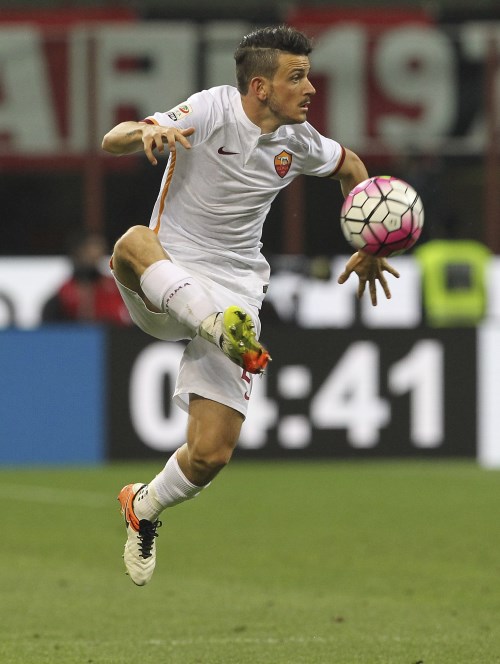 And it seems a summer departure could be on the cards for Florenzi as according to Italian daily Corriere dello Sport, he is not sure about signing a new deal with the club at the moment.

Florenzi is aware of the interest he has generated as clubs such as Manchester United and Chelsea have been keeping tabs on his performances at the Stadio Olimpico.

And even Juventus are alive to the situation and have been showing keen interested in snaring him away from Roma.

Roma are still keen to hold on to him but are not willing to go financially overboard to keep Florenzi at the club.