Chris Smalling believes Manchester United’s rivals must have felt down after seeing the Red Devils coming back from 2-0 down to win the game at Crystal Palace, while he says his side will welcome Liverpool to Old Trafford next weekend with a smile on their faces.

Manchester United looked to be heading towards a third consecutive away defeat in the league when Patrick van Aanholt scored the second goal for Palace early in the second half.


Smalling triggered the Manchester United comeback with a headed goal, with Romelu Lukaku levelling the scoreline with a fine finish in the 76th minute.

But the comeback was completed with a sumptuous volley from Nemanja Matic in the 91st minute as he won three points for his side with his first goal for the Red Devils. 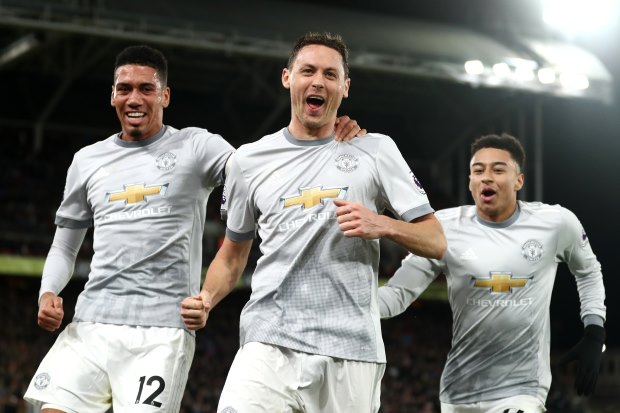 Smalling feels it must have been disheartening for Manchester United’s league rivals to see them coming back in such a manner at a difficult away ground such as Selhurst Park.

Asked about the lack of such comeback wins in Manchester United’s recent history, Smalling told MUTV: “No, we haven’t.

“Normally we don’t find ourselves 2-0 down but on an occasion like tonight, at a tough place like Selhurst Park, we dug in and it’s a big win.

“I think it also knocks down some of our competitors who were enjoying it while it was 2-0.”

The defender is also looking forward to a defining set of home fixtures and admits that Manchester United will be waiting to take on Liverpool at home on Saturday with some glee.

Asked about the momentum gained ahead of the Liverpool game, he said: “I think it has teed up perfectly that we have gone above them again.

“We have got three big home games in three different competitions, but playing at Old Trafford anything is possible.

“After tonight we will focus on that game and will be waiting with a smile on our faces to welcome them at Old Trafford.”