Arsenal and Juventus target Emil Forsberg has rubbished speculation that he has fallen out with RB Leipzig coach Ralph Hasenhuttl.

The 26-year-old’s future has been the subject of fresh speculation this week after he reportedly had a falling out with the RB Leipzig coach over his form this season.


The Swede has struggled to recreate last season’s performances and there are suggestions that it has led to major disagreements between the player and Hasenhuttl.

There were claims that Forsberg is keen to leave the club and heavyweights such as Arsenal and Juventus are considering taking him away from RB Leipzig in the summer transfer window. 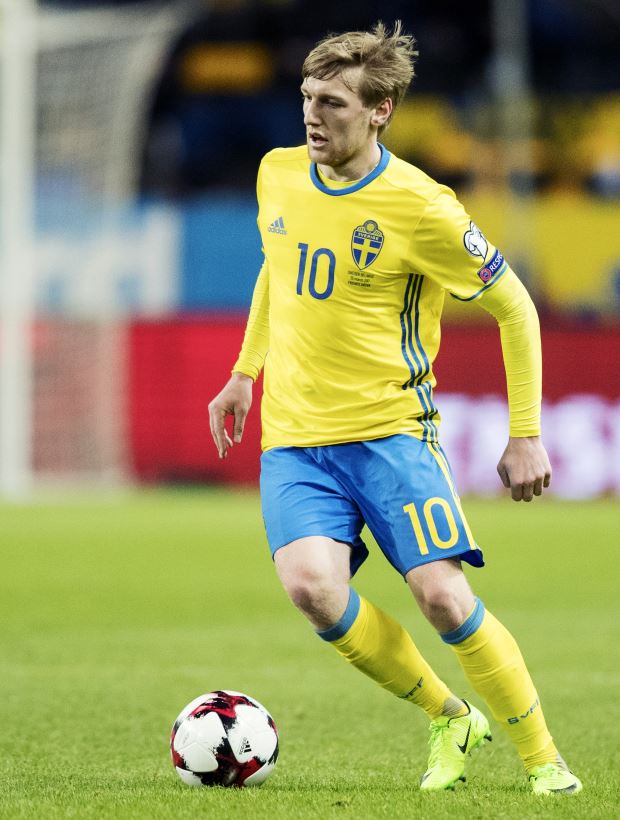 The winger rubbished such claims and insisted that he never had any falling out with the RB Leipzig coach.

Forsberg stressed that he is concentrating on bringing the Europa League to RB Leipzig and is not keen to discuss such rumours.

Speaking to Expressen, the Swede said when asked about the alleged falling out: “No, I have a great relationship with my coach.

“I understand there will be speculation when I am not playing, but I am enjoying my time at the club.

“We will continue to write history and aim at winning the Europa League.”

German champions Bayern Munich are also believed to be keeping tabs on Forsberg.