Everton and Tottenham Hotspur are considering a summer swoop for Juventus midfielder Kwadwo Asamoah, who is also an Inter Milan target.

The 29-year-old midfielder’s contract with Juventus expires at the end of the season and he is expected to leave the club on a free transfer in the summer window.


Inter have been in talks with his representatives to try to get a deal over the line in order to sign him, but they are about to face stiff competition from the Premier League.

According to Italian outlet Calciomercato.it, Everton and Tottenham are showing an interest in securing Asamoah on a free transfer from Juventus in the summer. 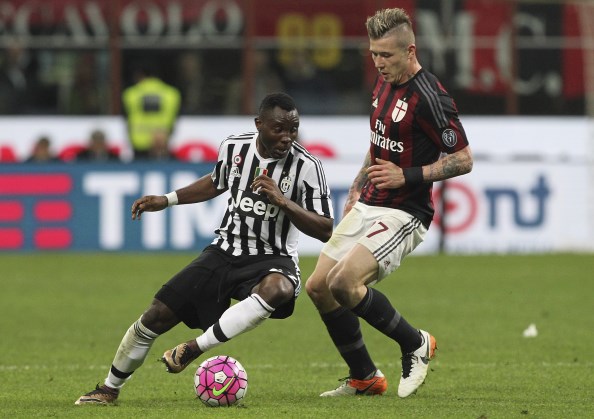 Everton have made a more concrete move for the player at the moment, while Tottenham have only enquired about the possibility of signing the Ghanaian.

Inter have already offered him a three-year contract to move to the San Siro on a free transfer, but the involvement of Everton and Spurs has added spice to the transfer saga surrounding Asamoah’s future.