Chelsea remain in pole position to appoint Napoli coach Maurizio Sarri as their new manager, but will only take a final decision on their next boss after the FA Cup final.

Antonio Conte is expected to be replaced as Chelsea manager regardless of results between now and the end of the season, despite the Blues still having a chance of finishing in the Premier League's top four and winning the FA Cup.


Chelsea will have to pay Conte significant compensation if they sack him, while snapping up Sarri would mean activating his €8m release clause at Napoli.

According to Italian broadcaster Rai, Sarri's agents are in continuous contact with Chelsea over their client taking over at Stamford Bridge. 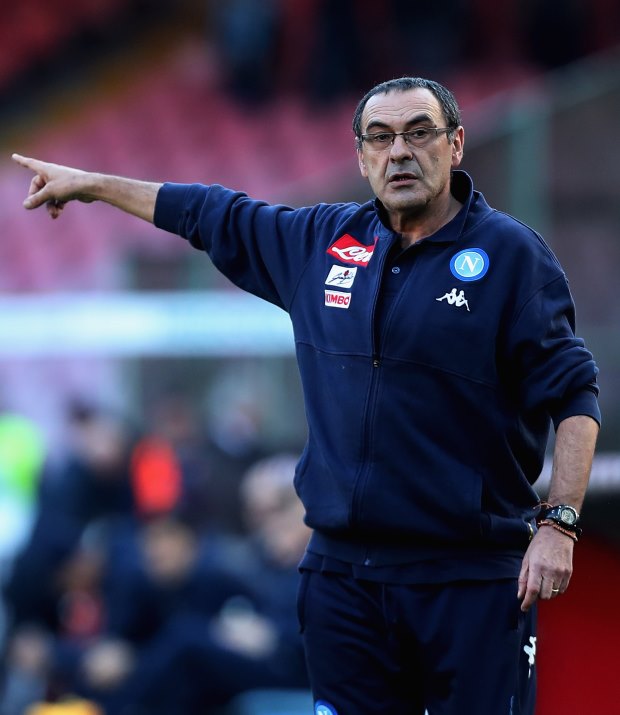 Former Barcelona coach Luis Enrique is a contender for the job, but it is claimed Sarri would command less money than the Spaniard.

Sarri has caught the eye with his work at Napoli and the Serie A side have not lost hope of keeping hold of him.

Club president Aurelio De Laurentiis is planning to meet with Sarri at the end of the season as he attempts to make sure the coach does not quit Napoli and continues at the Azzurri.