Legendary talent spotter Piet de Visser, who still scouts for Premier League giants Chelsea, does not feel that Liverpool and Everton target Hakim Ziyech is yet ready for the demands of the Premier League.

Ziyech, who is on the books at Dutch giants Ajax, is currently at the World Cup as part of the Morocco squad.


Eyes have been on the 24-year-old playmaker amid his links with Liverpool, where he has been mooted as a replacement for Philippe Coutinho, and Everton, where director of football Marcel Brands knows all about Ziyech from his time in Dutch football.

But legendary Dutch scout De Visser thinks that Ziyech is not ready for the top level. 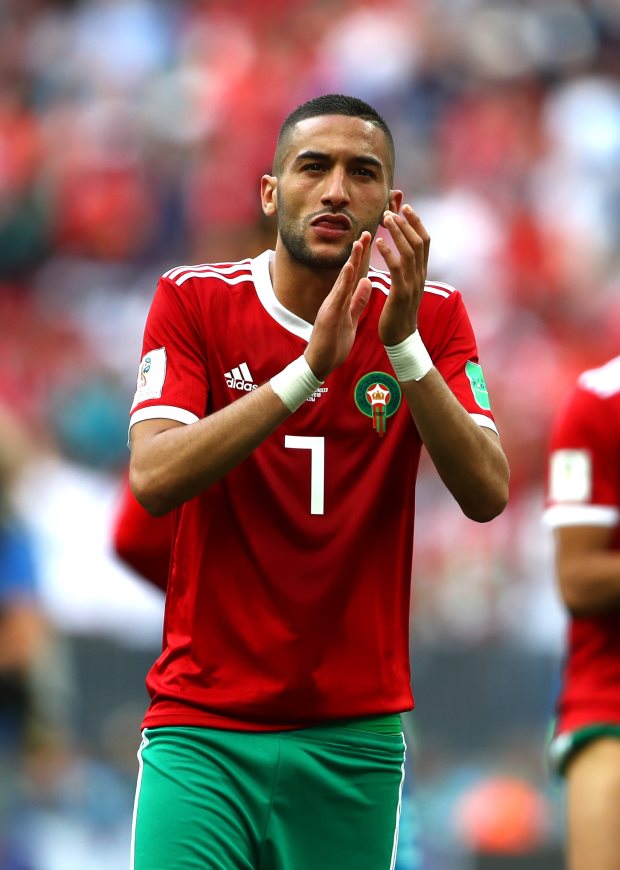 He told Dutch magazine Voetbal International: "Good footballer, but not for the top.

"Certainly not in England. He needs far too much time", De Visser added.


Ziyech was in fine form for Ajax last season, providing 18 assists for his team-mates and scoring nine goals.

The attacking midfielder has completed 90 minutes in both Morocco's World Cup group stage games so far and is expected to feature once again on 25th June against Spain.

Ziyech has also been linked with Roma.