Liverpool have pushed into pole position for Chelsea and Real Madrid goalkeeping target Alisson and stand ready with a five-year contract for the Brazilian.


Roma want to keep Alisson, but Real Madrid and Chelsea, along with Liverpool, have all been showing interest.

Now Liverpool are claimed to have put themselves in pole position to sign the shot-stopper, being ready to pay €65m for Alisson, according to Italian outlet Tutto Mercato. 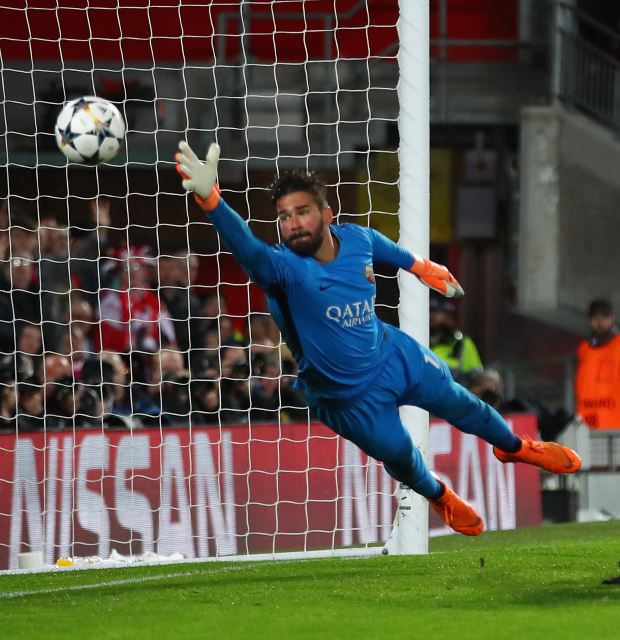 The Merseyside giants are claimed to have a five-year contract worth €6m plus bonuses per year ready for the custodian.

It is unclear whether Alisson wants the Liverpool move though as the goalkeeper has had his heart set on joining Real Madrid.


While Roma do not want to sell Alisson, they have slapped a €70m asking price on his head.

He helped Roma reach the last four of the Champions League last season.