Andriy Yarmolenko Always Going To Cause Us Problems – Everton Legend


Former Everton skipper Leon Osman thinks that it was written in the stars for Andriy Yarmolenko to bag his first goal for West Ham against the Toffees at Goodison Park, considering Everton’s interest in him in recent years.

The Ukrainian scored his first two goals for the Hammers in his first ever start in the Premier League at Goodison Park as Manuel Pellegrini’s men registered their first ever points of the season with a 3-1 win.


Osman, who spent his entire career on Merseyside with Everton, admitted that he was certain about Yarmolenko causing a few problems for Marco Silva’s men considering the interest that Everton had in the player in the past.

“Speaking as a former Everton player, I think it was inevitable Yarmolenko was going to cause us a few problems on his first Premier League start given we tried to sign him twice", Osman wrote in his column for the BBC. 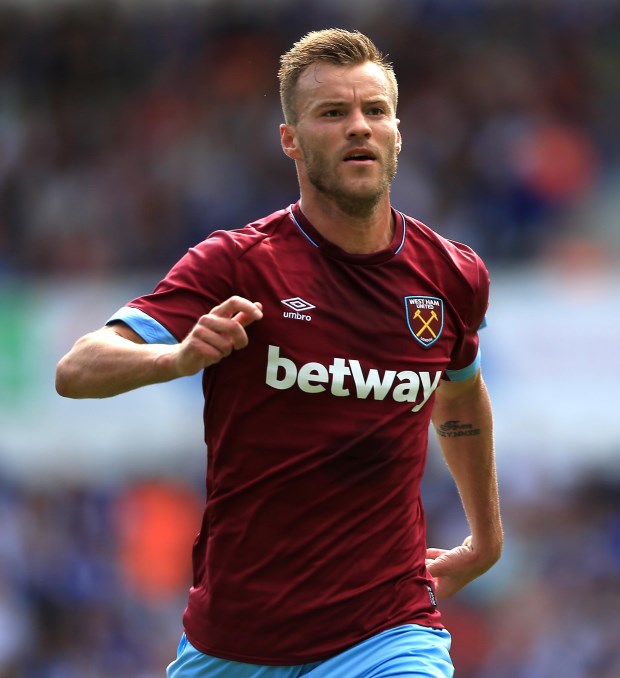 “I found out exactly how good he is when I played against him in the Europa League in 2015, when he scored one goal and made a couple more for Dynamo Kiev as we went down to a 5-2 defeat in Ukraine.

“But everyone knows what a quality player he is now, which – from an Everton point of view – is probably the most disappointing thing about his first goal on Sunday.


Both goals from Yarmolenko came through Everton’s left flank as Lucas Digne was caught out time and again while defending the threat on offer from the Ukrainian.

Osman questioned the approach from the Everton defenders that allowed the Hammers star to get the ball to his stronger foot time and again as he ran rings around them during a frustrating afternoon.

“If you have followed football at all in the past few years you will know that Yarmolenko is massively left-footed, so why did two Everton defenders allow him to cut in on to that side, rather than showing him away from goal and on to his right?

“That is not taking anything away from either of his finishes, though."

The former Premier League midfielder also admitted that Yarmolenko boasts of plenty of tricks up his sleeve despite being a towering presence at 6ft and 3 inches.

“When I first came up against him, I was surprised by his trickery and guile on the ball for a guy of his size – usually someone of his stature is a centre-forward.

“But he had a real winger's ability, only at the size of a striker. That is what sets him apart, and it certainly makes him more noticeable when you face him on the field.

“It has taken him a few weeks to get into the starting line-up, possibly while he adjusted to the Premier League and what his new manager wanted from him, but when he got his chance he took it”, he added.

The win took West Ham away from the relegation zone as they leapfrogged all of Burnley, Newcastle, Huddersfield, Cardiff into 16th place in the table.