Genoa have knocked back an offer from Napoli for striker Krzysztof Piatek, who has also been linked with a move to Chelsea, Liverpool and Tottenham Hotspur.

The 23-year-old Pole joined Genoa last summer for a transfer fee of around €4m and he has turned out be a revelation in the Italian top tier this season.


Scoring nine goals in his first eight league appearances, the striker has taken Serie A by storm and has forced other clubs to take notice of his performances in Italy.

Chelsea, Liverpool and Tottenham have been keeping tabs on the striker and he has also been linked with a move to Italian champions Juventus due to his showings in Serie A. Atletico Madrid, Barcelona and Roma are also keen. 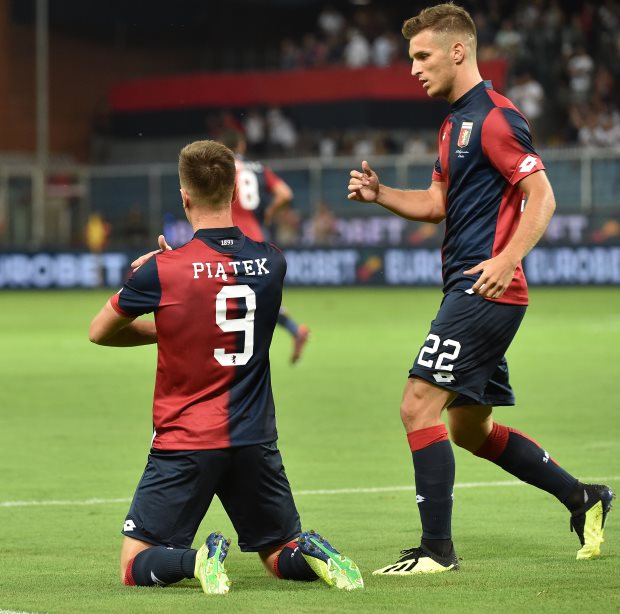 But Napoli have made the first move for Piatek by tabling a bid for him, but according to Italian broadcaster Rai Sport, Genoa have rejected the offer from the Serie A giants.

The San Paolo outfit offered to sign the striker for a transfer fee of €35m and were ready to loan him out to Genoa for the rest of the season, but it seems the bid was not good enough.


Genoa are keen to hold on to the striker and believe they could get a higher transfer fee in the next summer window if he continues to be in form for the rest of the season.

Piatek’s performance in Italy also saw him making his debut for Poland this season.