Celtic legend John Hartson feels Brendan Rodgers is going to have a selection headache on his hands when midfielder Scott Brown returns from injury.

Brown last featured for the Hoops in their win against Hibernian last month and Rodgers has confirmed he is closing in on a return.


In Brown’s absence, Ryan Christie and Callum McGregor have done well in midfield as Celtic have won five out six games in all competitions.

James Forrest is another player who is in form, having scored five goals in two games for Scotland in the recent international break. 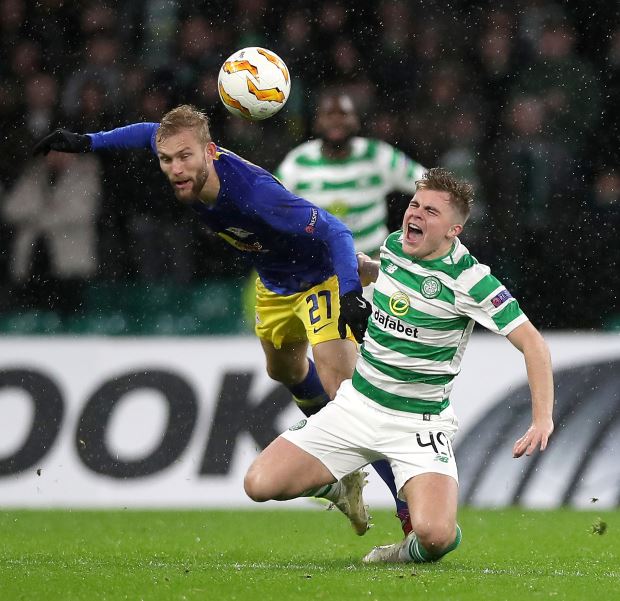 Hartson admits Rodgers will have to make tough decisions, but has stated his view that Forrest, Christie and McGregor need to stay in the team.

“Right now James Forrest and Ryan Christie need to stay”, Hartson wrote in his column for the Evening Times.


“They have been so important over the last six weeks or so and both of them are on fire.

“Forrest looked a little bit leggy at the weekend which was to be expected but over the piece these two have been sensational for Celtic.

“They have got to stay in.

“I also think that the same applies to Callum McGregor.

“It isn’t just that he hasn’t let anyone down in that role in the middle where he has deputised for Scott but also because he is such a clever player.

“So there is a genuine headache for Rodgers ahead of what is a massive week."

The Hoops beat Hamilton 3-0 in the Scottish Premiership on Saturday to keep their place at the top of the table.

Celtic are next in action against Rosenborg on Thursday in the Europa League.