Celtic defender Kieran Tierney has brushed aside talk of his side being unlucky to reach the Europa League last 32 and insists that they did enough over the six group games.

The Scottish champions managed to sneak into the next round of the Europa League despite suffering a 2-1 defeat at the hands of Red Bull Salzburg.


It took an unlikely late equaliser from Rosenborg against RB Leipzig to push Celtic over the line, but regardless of how they managed it, the Bhoys players are delighted with their progress.

Tierney believes that it was always the goal for Celtic to progress in Europe and hinted that the players were aware of what went down at Leipzig when the home fans were celebrating in the final ten minutes. 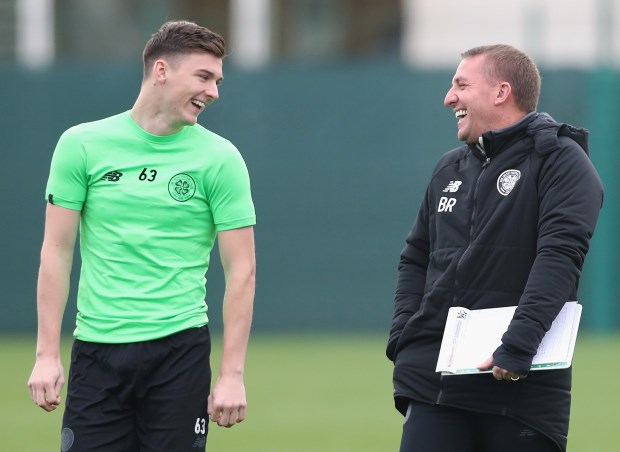 Asked about their progress in the Europa League, the defender said on Celtic TV: “It was always the aim.

“The fans expected it, we expected it and it was always a hard task, but overall we did enough over six games.


“You kind of had the hint of what it was, but you don’t want to be too confident so we still had to play on the park and finish our game as well.”

Celtic have been termed lucky by some for sneaking through to the last 32, but Tierney feels his side did enough in the group stage to merit progress in the Europa League.

When asked about the lucky jibes, the Bhoy said: “We have done enough over six games and that’s all you can ask for.”