Celtic defender Jozo Simunovic has claimed that Red Bull Salzburg, who finished ahead of the Bhoys as winners in Group B of the Europa League, are Champions League quality and losing to the Austrians was not entirely bad.

Brendan Rodgers’ men secured their berth in the knockout stages of the Europa League, despite suffering a 2-1 defeat to Red Bull Salzburg during matchday six of the competition.


The Bhoys were handed a favour by Rosenborg, who scored a late equaliser against RB Leipzig to put an end to the Bundesliga outfit’s hopes of making it to the Round of 32.

After having had to rely on another fixture to secure their berth in the next round, Simunovic admitted that Red Bull Salzburg were deserved winners at Parkhead. 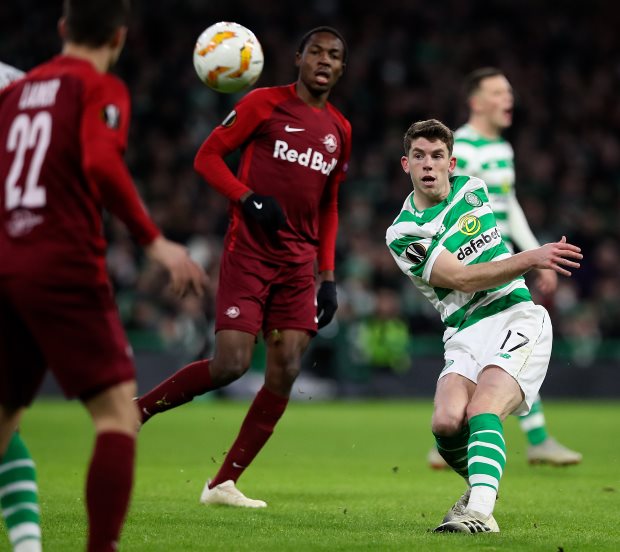 “It is never nice when you lose a match, although Red Bull were the better team and deserved their win”, Simunovic was quoted as saying by the Evening Times.

The Croatian also recalled that Red Bull Salzburg reached the semi-finals of the Europa League last season and he has no doubts they are Champions League quality. He also feels losing has shown Celtic what they need to improve at.


“Salzburg got to the semi-finals of last year’s Europa League and they are amazing, and were great at pressing”, he continued.

“They were maybe the same level as we would expect to play in the Champions League.

“Losing to Salzburg was good in a way, because it shows us where we need to improve for the future.

“We need to show a big improvement in the last 32.

"We know teams won’t fancy coming to Celtic Park and it is up to us to impose our game on them.”

Celtic will face Valencia in the Round of 32 of the Europa League in February with the first leg scheduled to take place at Parkhead.