Arsenal did take the lead at Anfield, but soon conceded twice to trail, while when the half time whistle blew they were 4-1 down.


Liverpool added a fifth in the second half and in the dying seconds of the game a frustrated Sokratis picked up a booking for arguing with the referee.

Aldridge, commentating for LFC TV, insists that Sokratis needs to look in the mirror at his own performance rather than spending his time berating officials. 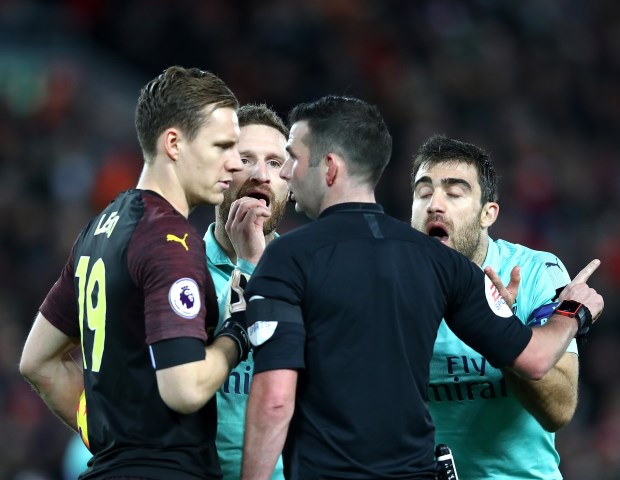 "He's driven me mad never mind the referee", he said after the booking.

"He needs to look in the mirror at his own performance tonight.

Arsenal brought in Sokratis from German giants Borussia Dortmund in the summer and he has clocked up 13 Premier League appearances for the Gunners so far.

The Gunners will look to bounce back from their mauling on Merseyside when they welcome in 2019 by hosting struggling Fulham at the Emirates on New Year's Day.