We Need Him – Cesc Fabregas Warns Chelsea Off Monaco Man

I Know How Leeds United Work – Nigeria International On Whites Target, Says He Is Ready For Premier League

We Have Other Weapons – Aaron Ramsey Points Towards Leeds United Star

Burnley Closing In On Watford Target

AC Milan Have Figure In Mind For Everton And Wolves Target, Could Sell


Neil McCann thinks that Scott Arfield put Scott Brown on a tight leash during Rangers' 1-0 win over Celtic at Ibrox.

Rangers dominated Celtic across the pitch in the Scottish Premiership encounter and could have won by far more than a 30th minute Ryan Jack goal.


Celtic boss Brendan Rodgers named Brown in the starting eleven as he looked for the Bhoys skipper to put his stamp on the fixture and help script an away win.

But Brown was off-colour and McCann thinks that Arfield, along with the midfield duo of Jack and Ross McCrorie, dominated. 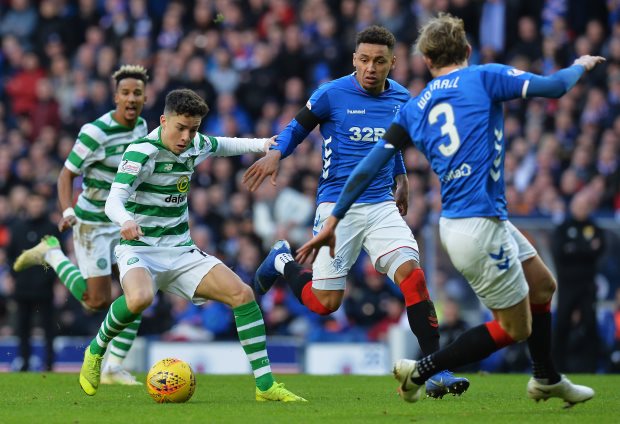 McCann said on Sky Sports Football after the match: "The triangle of McCrorie, Jack and Arfield were absolutely key to the match.

"Arfield was a sensation. He just smothered Scott Brown.


"So many times in these Old Firm games, never mind the normality of the league, Scott Brown just grabs it by the scruff of the neck, he enforces things, he thuds into challenges."

Celtic and Rangers now head into the winter break, where they will look to regroup and go again.

The Bhoys are expected to do business over the January transfer window as Rodgers looks to strengthen his attacking options.

Rangers too are tipped to dip into their funds and will be boosted in their belief that a title challenge is in prospect.

We Need Him – Cesc Fabregas Warns Chelsea Off Monaco Man

Know How Leeds Work - Nigeria International On Whites Target, Says He Is Ready