Celtic midfielder Ryan Christie has insisted that the Hoops are not in the Europa League to just make up the numbers and want to progress as far as possible in the competition.

Brendan Rodgers’ side finished ahead of RB Leipzig and Rosenborg in Group B and subsequently made it to the round of 32 of the Europa League, where they will take on Spanish side Valencia.


Celtic are currently leading the rest of the teams in the Scottish Premiership, and have the chance to win another treble if they can maintain their consistency in the second half of the season.

Christie, who has featured 24 times for the club this season, has revealed that the clash against Valencia is something the team are looking at and though it might seem like a difficult fixture, the Hoops remain confident of their progression in the competition. 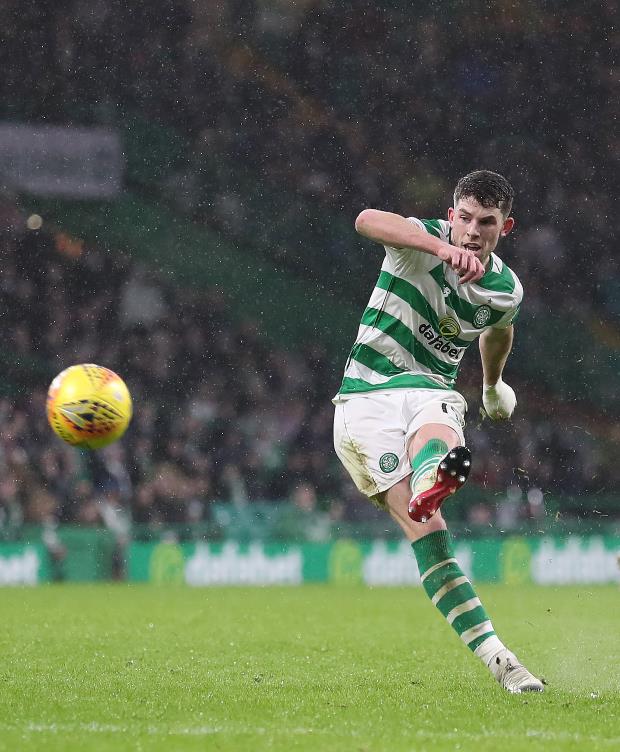 “Of course, there are plenty of important games before that in the Scottish Cup and the league, but when that game comes around, we’ll be looking forward to it so much.


“We’re by no means in this competition to make up the numbers, and we want to go as far as we can.

“It’ll be a tough fixture, don’t get me wrong, but we’re confident in our ability to progress.”

The Hoops have already won the Scottish League Cup this season, having beaten Aberdeen in the final in December last year.