Everton scout Carlo Jacomuzzi has dismissed thoughts that the Toffees could sign Wolves target Amadou Diawara from Napoli due to their absence from the Champions League.

Diawara is struggling for playing time under Napoli coach Carlo Ancelotti and his agent has signalled his frustration.


The Napoli midfielder was linked with Tottenham Hotspur last summer, while Nuno's Wolves have been mooted as admirers in recent months.

AC Milan have been actively working to snare Diawara away from Napoli in recent days and have failed with one approach to secure his services. 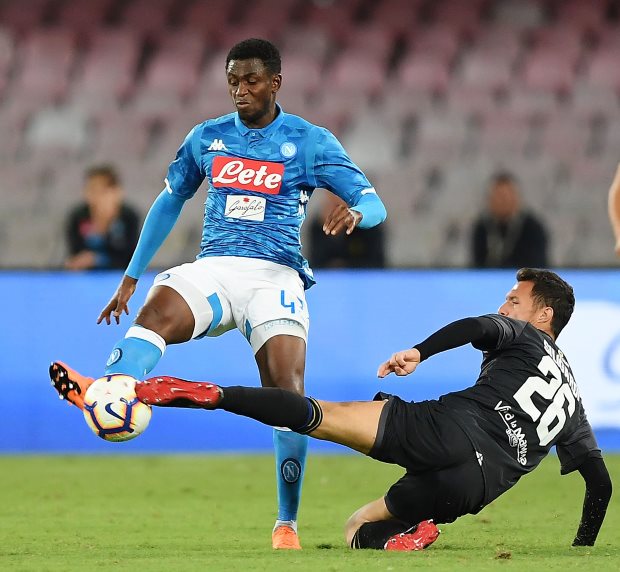 Diawara could well be on the move this month, but Everton appear an unlikely destination with Toffees scout Jacomuzzi ruling out the midfielder joining a non-Champions League club.

"There are many games in Italy during which I fall asleep", Jacomuzzi said on Italian radio station Radio Goal.


"For example, I went to see Inter-Sassuolo and I did not know what to write in the report for Everton.

"Yesterday [at Napoli-Lazio] I had fun.

"Seeing [Jose] Callejon is always a pleasure, but also Mario Rui had a great match of intensity.

"Diawara? I wrote down that there are lots of good players, but Everton do not play in the Champions League, so why should a player leave Napoli to come?", Jacomuzzi added.

Diawara has made just eleven appearances over 555 minutes in Serie A for Napoli this season, but did clock up 72 minutes in Sunday's 2-1 win over Lazio.