Timothy Weah has revealed what Celtic technical coach Kolo Toure told him before he came on against St Johnstone on Sunday.

An injury to Odsonne Edouard, who had come on off the bench, handed on-loan Weah the chance to make a difference against St Johnstone at McDiarmid Park.


When Weah came on, in the 74th minute, the scores were locked at 0-0, but the Paris Saint-Germain contracted player soon had an impact, with James Forrest prodding in a cross from Weah in the 78th minute to hand the Bhoys the lead.

The attacker then helped himself to a goal, finishing off a fine attacking move with a minute left, as he continued to make a big impact at Celtic. 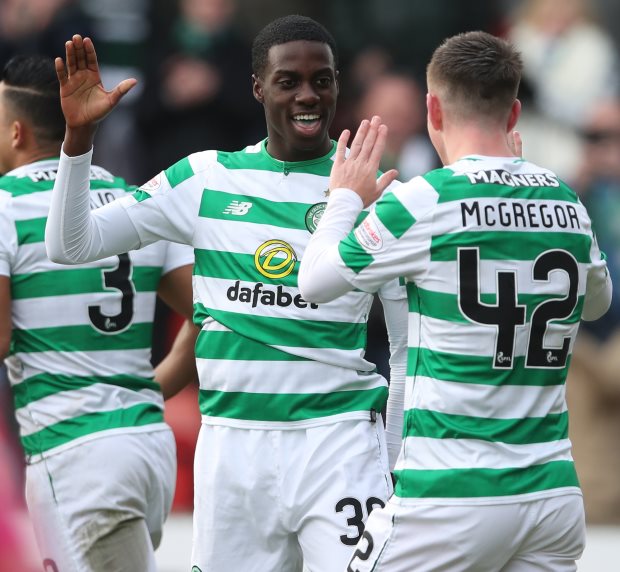 And Weah admits that Toure gave him words of encouragement when Brendan Rodgers gave him the signal to come on.

"The coach called my name and Kolo was on the bench and he told me 'Tim, this is your opportunity, so go and do what you have to do'", Weah revealed on Celtic TV.


"I just wanted to get the win for the team and that's what I did.

"So all thanks to the coach for putting me in and thanks to my team-mates for being there", the American added.

The win at St Johnstone means Celtic have now gone six points clear at the top of the Scottish Premiership table.

Rodgers' men next play host to Hibernian at Celtic Park on Wednesday, when they will look to put another three points on the board.