Liverpool linked winger Julian Brandt wants to wait until the end of the season before taking a decision on his future at Bayer Leverkusen.

Brandt has a deal until 2021 with Leverkusen, but a €25m release clause in his contract is a cause for much concern inside the club’s boardroom ahead of the summer window.


Leverkusen are worried about losing him in the coming months and want to sign him up on a new contract in order to eliminate the problematic buy-out clause.

Clubs such as Liverpool are believed to be keen on getting their hands on Brandt, but the winger insisted that he will not be making a decision until the season is over. 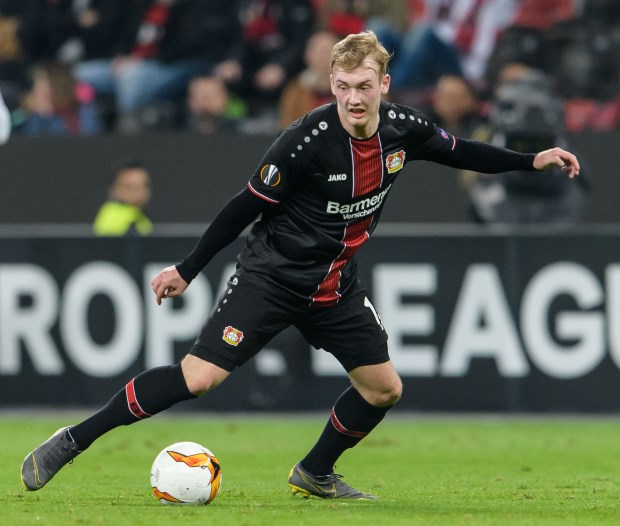 The winger feels that the talk of his future could distract him from football and he does not want it to affect his performances towards the end of the campaign.

“I will make up my mind, but not during the season”, the Leverkusen star told German daily Bild.


“For me, the club and the present is too important.”

“If I was only concerned about that then my performance would suffer as well.

"It is something the club, who have given me confidence over the years, do not deserve."

The 22-year-old has scored seven goals and provided 14 assists in 37 appearances for Bayer Leverkusen this season.